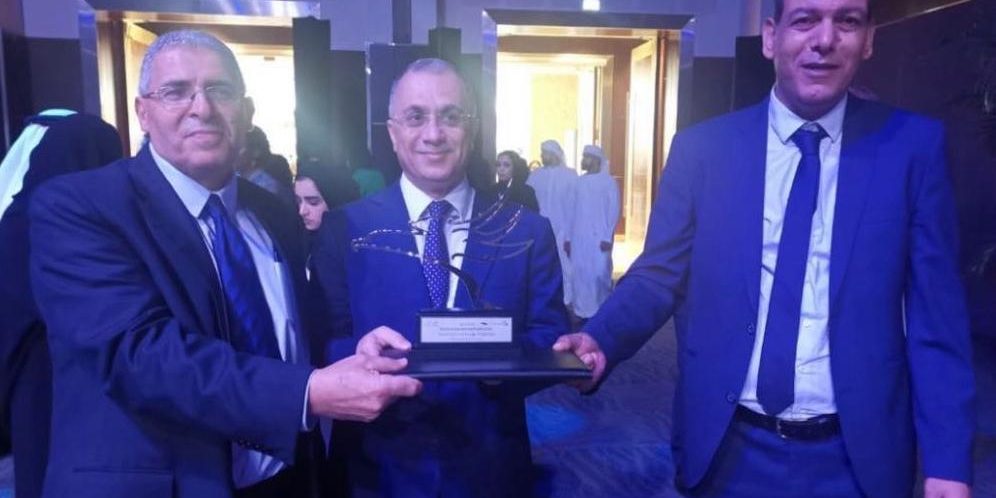 The German Jordanian University solar power plant project with a capacity of 2.11 megawatts won the Emirates Silver Award for Energy for the year 2022 in its 4th cycle, organized by the Supreme Council of Energy in Dubai, with the participation of 187 projects from 16 countries in the category of Distributed Solar Energy – Large Scale.

The award was received on behalf of GJU by the project manager, Dr. Munjid Al-Sharif, the supervisory committee member, Dr. Muhammad Al-Adous, and the CEO of the Firas Blasmeh Corporation for Control Systems – FB Group, The FB Group had designed & implemented the project and had been responsible for the operation and maintenance of the station since its commercial operation in October 2017.

The Council awarded the German Jordanian University the Silver Award due to the leadership and uniqueness of the project and its contribution to solving the challenges of obtaining energy and the level of innovation in integrating solar energy inside the university campus as canopies for cars and on the roofs of buildings.

It is noteworthy that the Emirates Energy Award was launched to honor the best practices of energy conservation that have been applied, characterized by innovation and ideal low-cost measures.

The award is organized every two years to introduce a wide variety of best practices in the field of energy and the management of its resources according to the values ​​of creativity, innovation, energy efficiency, the reinforcement of the use of renewable energy compared to other resources, and the economic, social, and environmental impact.

Dr. Firas Balasmeh, is the winner of the “Business Leader of the Year 2022” award at the SolarQuarter Leadership Summit Middle East
November 22, 2022